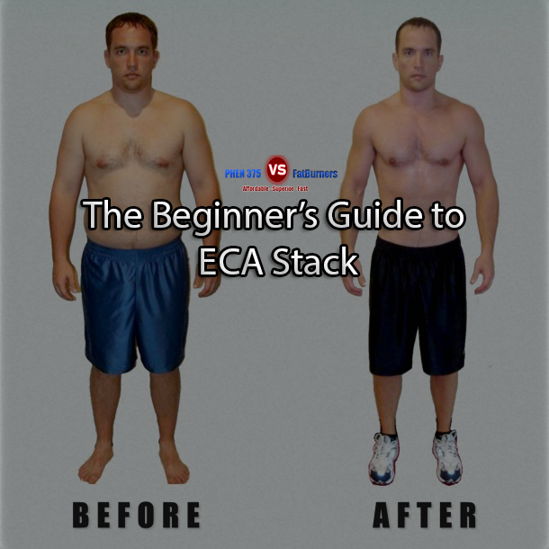 The ECA/EC stack is a potent stimulant that can be dangerous if abused, taken by someone who cannot tolerate it, or take under the wrong circumstances.

ECA stands for Ephedrine, Caffeine, and Aspirin; these compounds were found to be synergistic for fat loss.

Needless to say, those with heart problems, thyroid problems, high blood pressure or those who are pregnant definitely need to stay away from the ECA stack.

There may be other medical conditions which make it unsafe.

Ephedrine works as a beta agonist and stimulates the production of norepinephrine, as well as circulating it through adipose tissue by way of increasing cAMP levels.

The caffeine and aspirin function to inhibit the body’s natural response to halt this cAMP production, thus prolonging the effects. 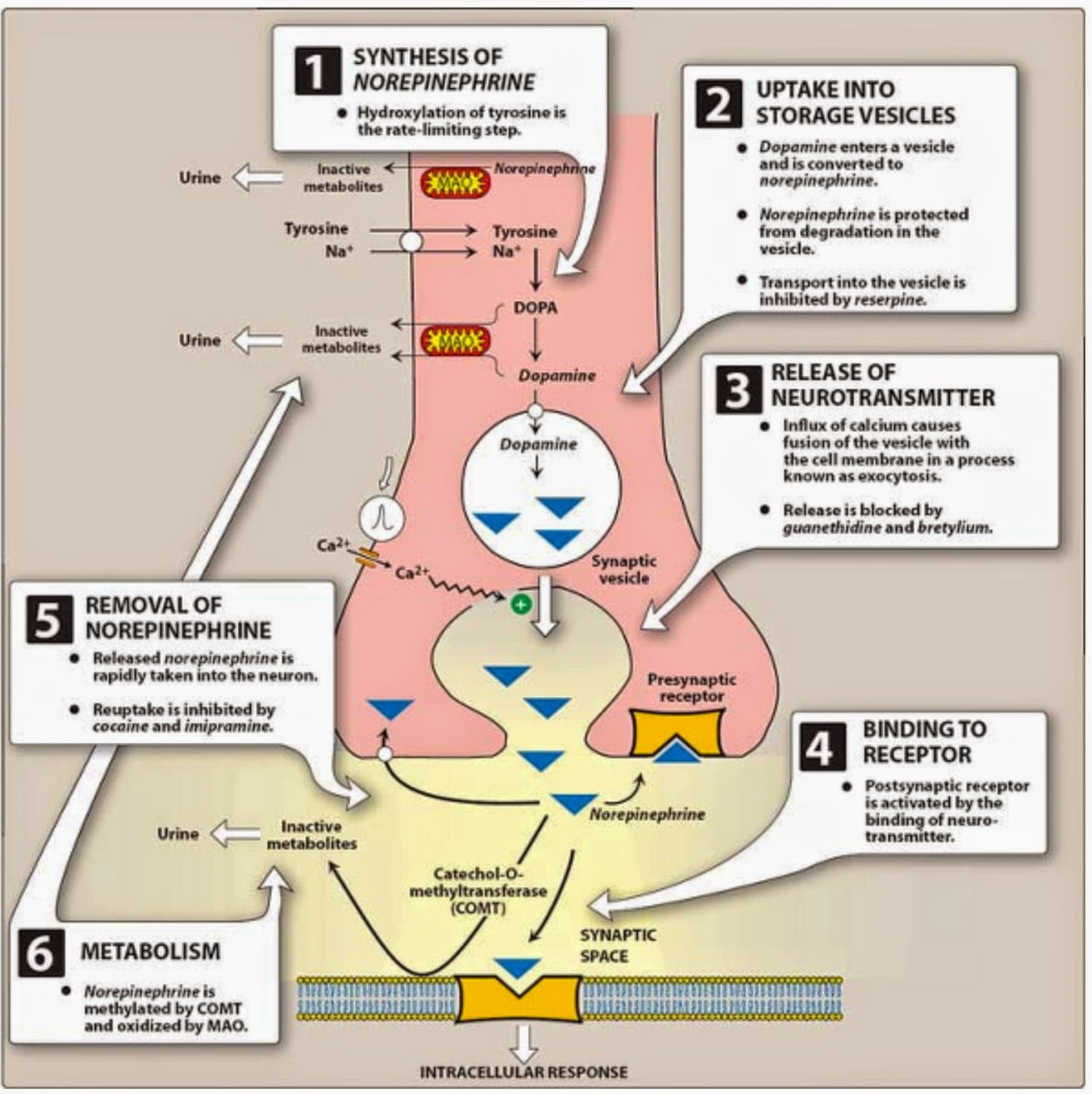 Why Aspirin included in the stack?

It is claimed that it inhibits prostaglandin production outside of the cells, which, in conjunction with caffeine, greatly prolongs the thermogenic effects and increased metabolism by sustaining elevated cAMP levels.

However, there are no good studies to be able to say just how much difference there is between adding the aspirin and leaving it out.

Most people cut out the A (that stands for aspirin). And Just go for the EC stack 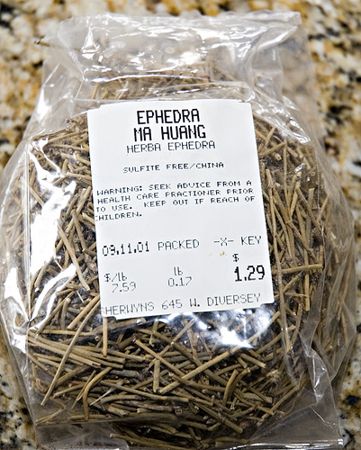 This is the herbal form of Ephedra. However, just because a supplement comes from natural sources doesn’t make it safe. Herbal Ephedra can cause a quickened heartbeat and elevated blood pressure.

Side effects include heart palpitations, nausea, and vomiting. More than 800 dangerous reactions have been reported with use of the herb. These include heart attacks, strokes, seizures, and sudden deaths.

According to a study in the Annals of Internal Medicine, ephedra products make up only 1% of herbal supplement sales in the U.S., but they are responsible for 62% of herb-related reports to poison-control centers.

When using naturally grown ephedra plants, it is very difficult to ensure the amount of ephedra in the product.

This lack of control means that you never know if you’re getting a product with next to no active component, or one with an excessively high concentration.

As you would expect, this dramatically increases the risk of unwanted, sometimes dangerous, side effects.

For that reason, Ephedrine HCL is a synthetic version of the ephedrine found in those plants. The process of synthesizing ephedrine allows the concentration to be tightly controlled

The recommended dose of Ephedrine is no more than 100 mg per day for no longer than 12 weeks.

However, in some people, doses of 100 mg per day may not be safe. Consultation with a healthcare provider is recommended before taking Ephedrine.

If you experience any side effects in the first couple of weeks of half-doses (50 mg), stop using it.

If you experience any side effects from full dosing, considering reducing your dose or giving yourself a rest from the product for a few days.

The most commonly used dosage is to consume caffeine and ephedrine in a ratio of 10:1, meaning that you should be ingesting 10 times as much caffeine as compared to the amount of ephedrine. And if you decided to take aspirin then it’s 10:1:10.

A typical dosage is 15-20mg of ephedrine coupled with 150-200mg of caffeine consumed 2-3 times daily, but this obviously varies among individuals.

On December 30, 2003, the FDA announced the ban of ephedra products in the U.S., effective April 2004. In April 2005, the dietary supplement industry successfully challenged the FDA ban on ephedra.

A year after the ban on ephedra began, a federal judge in Utah struck down the FDA’s action saying that FDA didn’t prove that low doses of ephedra are harmful.

In August 2006, an appeals court reversed the Utah judge’s decision and upheld the FDA’s ban of ephedra-containing dietary supplements.

On the other hand, the synthetic version of Ephedra (Ephedrine HCL) was highly regulated but not banned.

The main requirement here is that the individual pills should not contain more than 8 mg of ephedrine alkaloids per dosing.

Most of these are also labeled as a decongestant since that is the only medicinally accepted use of ephedra according to the FDA.

Things that should be avoided while taking ECA stack

Do not take other products that contain ma huang; ephedra; ephedra alkaloids; ephedrine; decongestants such as pseudoephedrine, phenylephrine, and others; weight loss medications; amphetamines; or other stimulants while taking ECA or EC stack.

These effects are dose-dependent and are greatly reduced or suppressed throughout the course of the cycle.

The most common side effects can include:

ECA Stack reviews from customers all over the web “source mentioned”

Another aspects that can be really useful in your decision to use ECA Stack, will be the reviews left behind by previous customers, apart from the scientific experiment data. We have gathered some of the most helpful ECA supplement reviews that were written on weight loss forums and other review websites.

To summarize – the ECA stack appears to be an effective, clinically-proven approach to losing weight. On the other hand, nothing comes without a price. Consuming ECA to lose weight bears possible health risks, and there is no way to know how these drugs are affecting your body, especially early-on. Make absolutely sure to consult with your doctor before trying any of these substances.

If you are willing to accept the risks, then buy the ingredients separately and be very careful about how you use them. Don’t waste your money on products that are still claiming to include ephedrine, as they are clearly breaking the law passed by the FDA.

For more reliable and effective alternatives to the ECA stack, check out the highest-rated diet product below, as rated by experts and consumers.

This product completely kills hunger. Many always have preoccupying thoughts of food when cutting, which is torture. This completely takes that away.

You feel like a perpetual motion machine like you could go forever. Completely in tune with your body.

PhenQ managed to assist numerous people all over the world to obtain the perfect silhouette and shed some pounds.

It will help you lose fat within the first couple weeks even if you’re not exercising. Of course, it will be most effective when combined with a good diet and exercise.

PhenQ continues to gain popularity among bodybuilders and individuals who want to lose weight quickly, it is important to remember that you should use this supplement wisely. Always adhere to the acceptable dosage.

It is important that those who seek to lose weight should follow a good diet plan that will guarantee a deficit in calories.

You should also be exercising regularly and include a weight training program in your schedule. check out PhenQ official website.

Adam is a writer, healthcare professional, and he is always active in sharing recent case studies and breaking the mental and physical limits. He dedicated his life to transforming the lives of the skinny, out of shape, scrawny wimpy guys & skinny girls - helping them become healthier, fitter and more confident in their bodies.
PrevNext
1 Response