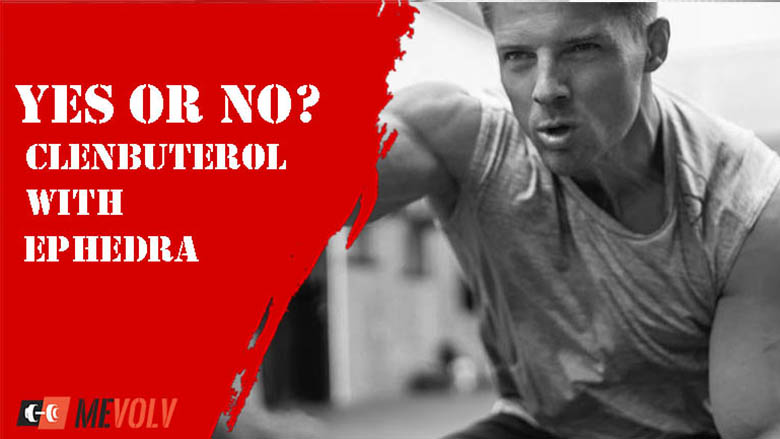 There has been a major debate between adding ECA or Epherda with Clenbuterol Cycle. Some said Clen works perfectly on its own. And some experience panic attacks and major side-effects merging both together.

I decided to do more digging & lift up the vagueness about this issue & share my result summary with you guys.

What is Clenbuterol & Ephedrine?

First, let me give a fast intro on what this drug can do

Clen is a beta-2 receptor agonist that can be considered the brother from another mother to Ephedrine. Simply because Ephedrine comes from the same classification.

Clen triggers the Beta-2 receptors which are present in smooth skeletal muscle and cardiac muscle. When used in aerosol, their action is relatively selective of bronchial muscles, and the indication of their medical use is asthma (as a bronchodilator). (1)

However, this interesting study published by Metabolism Journal in the 1990s stated the following experiment: (2)

Animals were restricted by 50% for 7 days caused a complete cessation of growth and reductions in the mass, protein, and RNA content of muscle, heart, and liver.

The ratio of RNA to protein content was also suppressed in muscle and heart, but not in liver.

Fasting for 3 days caused loss of body weight (BW), reductions in the mass, protein, and RNA content, and the ratio of RNA to protein of gastrocnemius muscle, heart, and liver.

Oral administration of clenbuterol (approximately 0.6 mg/kg BW/d) to food-restricted animals did not affect Body weight, but did increase in the mass, protein, and RNA content, and the ratio of RNA to protein of gastrocnemius muscle.

On the other hand, Ephedrine plays a role in stimulating the CNS (central nervous system) and also used for fast relief in asthma cases. (3)

Usually, that’s what I find most say on Bodybuilding forums, that Clen has Ephedrine. However, that’s not true. Both resemble each other in certain properties but Ephedrine not created or produced from Clen.

This brings me to the next point.

Can I Take Ephedrine with Clenbuterol?

If you decided to go with Crazybulk Clenbuterol. Then it’s going to be 8 weeks on and 1.5 weeks off.

In the off period from Clen, it is advisable to go for Ephedrine or ECA stack. However, it would be a terrible idea to combine ECA or Ephedrine with Clenbuterol.

The reason behind this is as follows:

As discussed both substances have high value in the fat burning industry. When it comes to cutting, a quite number of bodybuilders mention Clenbuterol or Ephedrine.

Both have thermogenic and anti-catabolic benefit. They are not steroids however, they are considered as performance drugs.

Most anti-doping agencies including World Anti-Doping Agency prohibits the use of both drugs during any contest because it turns the body into energy producing machine.

As both elevate the body temperature, initiate lipolysis, the break down of fats. This will give a tremendous amount of energy in the body during workouts. With Clenbuterol, it burns fat without touching muscle mass.

Some sources report that it helps burn fat even when the user is not exercising.

However, it’s vital to point out, without the right diet or workout it would be a waste of Clen or Ephedrine. Both work perfectly if everything is done properly 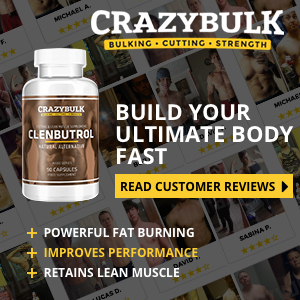 Which One is Better; Ephedrine or Clen?

It always comes to a point of what to choose that will get your fats off.

I would personally vote for Clenbuterol.

However, not everyone can afford Clen for three reasons;

If you can Afford Clen, I highly recommend it (Buy it online from here)

As for Ephedra (Ephedrine)

Buying ephedrine will depend on where you live. Most states allow small doses to be sold in pharmacies as asthma medication.

It’s a regulated substance and you can only get so much in a given timeframe. The pharmacist will likely require identification and put you into a database.

Reason being, ephedrine can easily be used to synthesize methamphetamine, so they keep good track of all supplies. But note that ephedrine is nowhere near as strong or as addictive as meth.

In the US, there are two main choices of ephedrine:

1- Primatene
Primatene has 12.5mg Ephedrine HCl and 200mg Guaifenesin. This may allow for more precise dosing, but it’s less popular. Price around $7 to $10 USD

2- Bronkaid
This is usually what people take. Each caplet contains 25mg of ephedrine sulfate and 400mg Guaifenesin (an expectorant). Price around $6 USD

Weight(fat) loss is a result of a calorie deficiency. If you are in a deficit, ephedrine will enhance it, but if your diet isn’t in control results will be almost Zero. 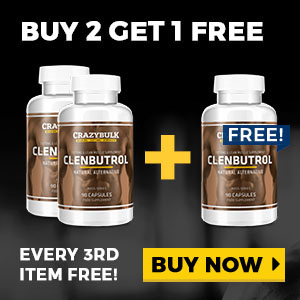 There have been several claims in regards of Ephedra and frankly, there has not been a sound proper research done to conclude the so-called dangerous side-effects that claimed by FDA.

There was a study published that concludes the following; (4)

The majority of case reports are insufficiently documented to make an informed judgment about a relationship between the use of ephedrine or ephedra-containing dietary supplements and the adverse event in question.

This basically means there is no sufficient evidence of all the side-effects mentioned related to ephedra.

And my conclusion is; most who have had fatal side-effects were overdosing Ephedra. However, this is the same results going overdose with any drug.

No serious adverse events (death, myocardial infarction, cerebrovascular/stroke events, seizure or serious psychiatric events) were reported in the clinical trials. This kind of events, were somehow associated with Ephedra in many published articles.

Both Clenbuterol and Ephedra (have side-effects)

The common side-effects you might deal with both are

increase in hypertension, palpitations, abnormal sweating and nausea, along with possible cardiac issues.

Clen side-effects are more experienced in muscle cramps while kidney stones are more likely to be reported by Ephedrine users.

Also, Clenbuterol for women have different effects than men. For example, women can’t exceed 60 mcg doses or 3 pills per day (if Crazybulk) otherwise they will deal with severe side-effects, unlike men. In men metabolism, it can tolerate a little extra dose than females.

However, It is highly advised for Clen cycle to go for two weeks on and two weeks of for liquid Clenbuterol and start with 20 mcg and don’t go for more than 80 mcg.

With Crazybulk Clebuterol go for 8 weeks on and 1.5 weeks off. 3 capsules per day are advised. 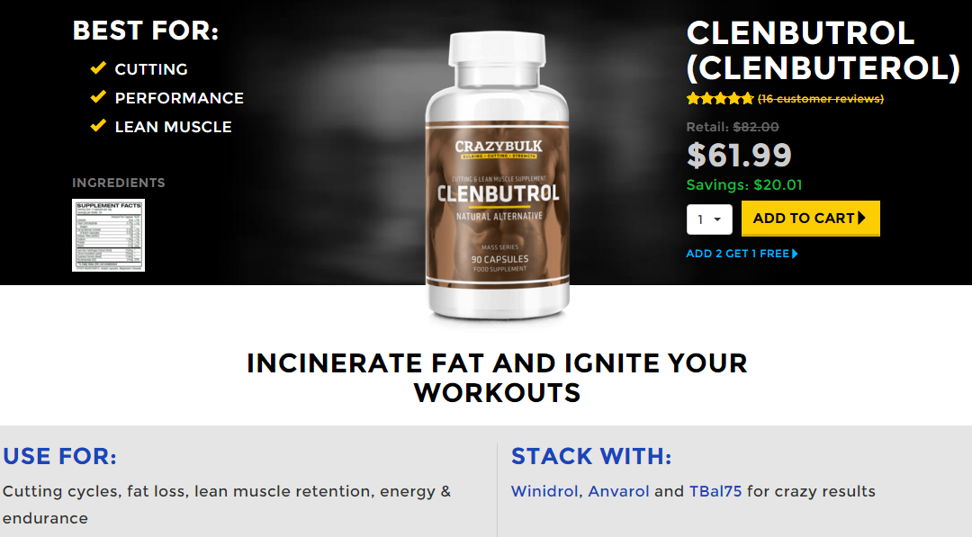 Is it Legal To Buy Clenbuterol or Ephedra?

I would recommend to follow suggested doses and don’t go overdose. It can be tempting and the more you feel energized the more you want to add more. JUST DON’T DO IT!

If you have your own sources for both Clen or Ephedra just be sure to test minimal doses at first. A lot of fake products are found on the market and it’s a mess. So be careful the supplier you are trusting.