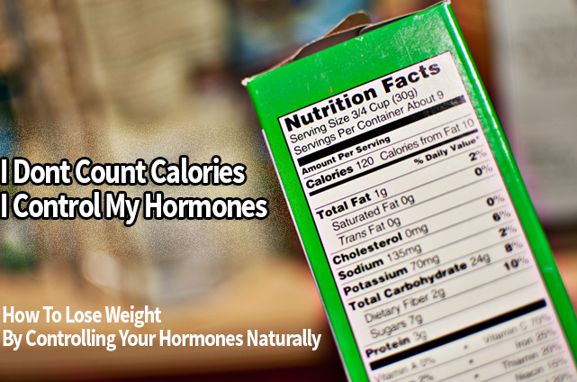 Many people falsely believe that weight gain (and loss) is all about calories and willpower. Your hormones control every aspect of weight loss including your metabolism. However, the hormones discussed here are not sex hormones, they are hormones that control or affect our weight.

Hormones are complex, there are major three that have the most impact. If they became out of balance, losing weight would become nearly impossible. If you understand the mechanism behind every hormone you might play the game correctly and use the right supplements, exercise and diet to it’s most significant point.

The story starts when get stressed, your body releases certain “fight-or-flight” stress hormones that are produced in the adrenal glands: cortisol, norepinephrine and epinephrine.

Cortisol has immense benefits, if we had a stressful prolonged process. It starts to kick in and keeps on kicking in high doses. What if the stress is lifted? That’s the sad part, our bodies seem to not know when to quit producing the stuff.

The ideal way of cortisol is that, it boosts to its highest levels in the morning to help us to wake up and live in a productive, alert, energetic and vibrant manner.

It then tapers throughout the day and evening, lulling at night when we are meant to be sleeping soundly, and at which point the soothing, anti-inflammatory hormone melatonin takes over.

So what’s the problem? In short, the theory is that with our ever-stressed, fast-paced lifestyle, our bodies are pumping out cortisol almost constantly. Due to lack of sleep, prolonged job hours, or just emotional stress.

Repeated elevation of cortisol can lead to weight gain. One way is via visceral fat storage. Cortisol can mobilize triglycerides from storage and relocate them to visceral fat cells (those under the muscle, deep in the abdomen). Cortisol also aids adipocytes’ development into mature fat cells.

But without cortisol, our bodies cannot deal with the stress we encounter on an everyday basis. So what should we do!?

Leptin is a hormone that is produced by the fat cells in the body. Its main role is regulating how many calories we eat and burn, as well as how much fat we carry on our bodies. Basically, more fat results in the release of more leptin.

When present in high levels, it signals to our brain that we’re full and can stop eating. When low, we feel hungry and crave food.

Common problem dieters face: When people start dieting, they eat less and their fat cells lose some fat, which then decreases the amount of leptin produced.

That’s why crash diets are often ineffective – your leptin won’t let you eat less, and even if you do, you’re lethargic and your metabolic rate slows way down.

You need leptin levels to be in order if you want to be or stay lean, think clearly, be in a good mood, etc. The longer your body is in a calorie deficit, then the lower your leptin levels and metabolic rate become. What this means is your metabolism slows, and it will be extremely hard to lose that last bit of fat. 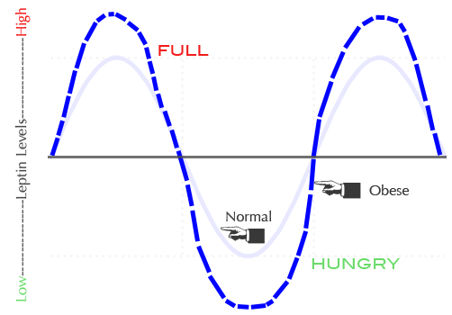 How Can You Increase Leptin Levels and Still Lose Weight?

Overexposure to leptin not Good, here is why?

Most people with high amount of leptin in their blood are obese.

They have high leptin levels that scream to their brains, that they have too much fat and that they better start burning some off for their life is in danger.

However, the brain stopped responding to these signals! This is termed “leptin resistance”. Overcoming Leptin resistance can be done by Taking an Irvingia supplement. This supplement is made from African mango extract and has been shown to potentially improve leptin sensitivity and help improve body weight and waist and hip circumference.

And also by following previous steps on controlling and enhancing leptin in a natural way will debunk the “leptin resistance”.(source)

This hormone is considered the godfather of all other hormones and has a huge direct impact on nutrients absorption. Insulin produced by the pancreas, is important for the regulation of carbohydrates and the metabolism of fat.

Whenever we eat carbs, the amount of sugar in our blood increases and the pancreas releases insulin to help take the sugar out of the bloodstream and into our organs

Basically, it does two major jobs:

Common Insulin problems: Excess insulin promotes storage of any fat we eat by our fat cells rather than using it for fuel after our meal.

In a person with normal insulin levels, any recently eaten fats could have been used for energy during the two hours after a meal.

If insulin levels are high, dietary fat is more likely to be stored in the fat cells. This basically means, with high insulin levels it would be impossible to burn body fat!

On top of that, if insulin remained in high levels for a prolonged time and became chronic. a state of insulin resistance may result in which insulin becomes less effective at getting glucose into the cells to be used for energy or stored.

This means, high glucose levels in the blood. In result, the pancreas starts secreting more insulin, thinking as if it’s doing its job. But that makes everything worse leading do weight gain and other symptoms which characterize metabolic syndromes such as high blood pressure and abnormal blood fat levels.

And thinking it wouldn’t get any worse, you find this state stimulates cortisol hormone. 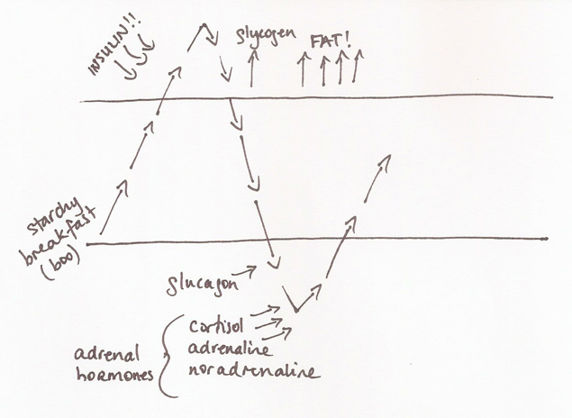 How Can You Control Insulin Levels?

Most healthcare organizations use a “high,” medium” and “low” rating system for GI. Using this system, foods get classified in the following way (source):

You have to understand that the whole understanding to science keeps evolving. And some facts we had got expired along the way.

Obviously, weight loss got affected by the recent discoveries.

The calories that you put into your mouth today are not necessarily what your cells will be eating.

And based on that you covered a whole new approach to controlling weight loss through hormones. Feel free to share and comment.