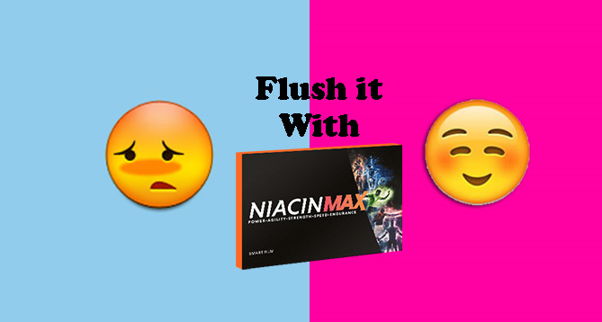 Niacin is a part of the vitamin B complex, along with other B vitamins including Vitamin B1 (thiamine), Vitamin B2 (riboflavin) and  vitamin B3 – and the common name for 2 very different compounds: “nicotinic acid” and “niacinamide”.

High doses of niacin (as nicotinic acid) can lower cholesterol levels. An important point here is that niacin is a vitamin, not a drug. It is not habit forming.

Niacin does not require a prescription because it is that safe.

It is a nutrient that everyone needs each day. Different people in different circumstances require different amounts of niacin.

Since niacin isn’t something that drug companies can patent, it’s of little interest to them. But whatever you do, don’t overlook niacin’s potential just because it’s been around so long, or because it sounds like too simple of a solution.

Generally the B vitamins act as coenzymes in numerous biochemical reaction in the body. They are essential for proper growth ad maintenance of cells, tissue and organs.

There Are 6 Main Benefits That Niacin Proves To Help With:

That is Why Niacin is Perfect Self Treatment For High Cholesterol

Niacin, but not niacinamide, has been used since the 1950s to lower elevated LDL (bad) cholesterol and triglyceride (fat) levels in the blood.

So What is The Niacin Flush?

Many start taking action and go for high niacin doses to lower cholesterol levels. Few get this certain reaction called “Niacin Flush”, the skin becomes red, warm and is often accompanied by a burning sensation and occasionally some itching.

It may feel as though you have a sunburn. may affect the head, face, neck, chest, shoulders and back. This lasts for about 30 minutes.

The good news is that the flushing effect often decreases over time as you get used to taking niacin. In fact, many patients find that the flushing stops after 1 to 2 weeks of being on a stable dose of niacin.

Why does Niacin Flush happen?

These are the veins which are of the majority of worth in getting to fats. Toxins which are stored in fatty tissues can effectively be removed by increasing blood flow in these capillaries.

Although Some people worry about it, but it is actually a sign of improved blood flow. And that Niacin is actually doing it’s detox effect all over your body.

Why Do Bodybuilders use Niacin?

It’s simply due to a study made (Quabbe, et al, 1983) The purpose of this study was to assess how selected physiological and performance responses are affected when the normal increase in plasma free fatty acid concentration during exercise is blunted by ingesting nicotinic acid.

It did so by using four randomly selected groups in a double-blind study. One group used a placebo drink (water), the second used water with 280 mg of Niacin added , the third group consumed a 6% carbohydrate and electrolyte drink and the last group used the same but again with Niacin added to it.

The results clearly showed that both groups using the Niacin blunted a rise in Free Fatty acid (FFA) concentration. The low FFA levels corresponded with a 300 to 600% increase in the release of Human growth Hormone.

But wait a minute before going deep on that issue.. What’s the Growth Hormone major benefit to humans?

It’s produced by the pea-sized pituitary gland — located at the base of the brain. Beginning in middle age, however, the pituitary gland slowly reduces the amount of growth hormone it produces.

NiacinMax is a recent product that has been introduced into the market in a form of “melt in your mouth film” in less than 3 seconds.

The idea of letting of the conventional tablet or pill form is because it has the liposomal encapsulation technology combined with their unique delivery system make NiacinMax 45 times more effective than one ordinary 100mg pill.

So if you’re taking two NiacinMax strips a day, you’re getting the equivalent of 90 pills! 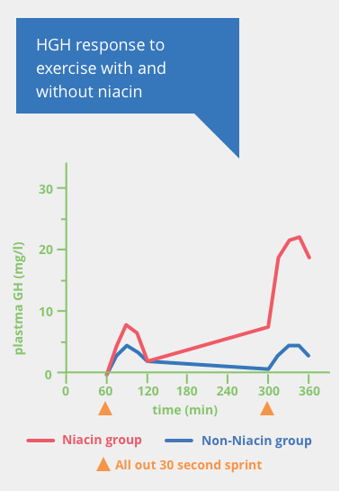 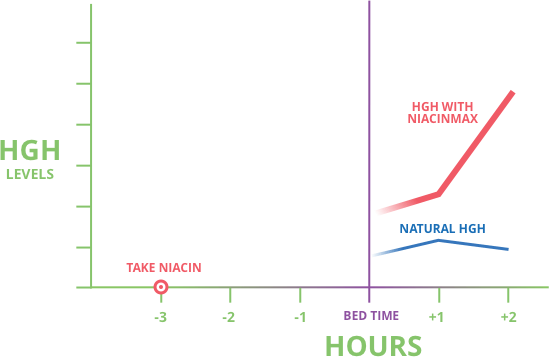 How do I take NiacinMax? 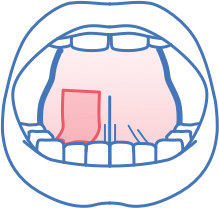 Each citrus flavored NiacinMax strip provides 75mg of niacin per application. Place the NiacinMax strip under your tongue. It dissolves in seconds, releasing the niacin directly into your bloodstream.

Take your NiacinMax once per day, first thing in the morning on an empty stomach. You’ll get the best results from NiacinMax if you train 3-5 hours after taking it – this is when the delayed HGH-release effects will start to kick in2.

To get even more of an advantage from NiacinMax’s powerful HGH-release effects, you may choose to take a second dose 3-4 hours before you go to bed. We recommend this if you are training at least five times per week. If not training then just go with one time only.

Who Should Becareful Before Buying Niacin? 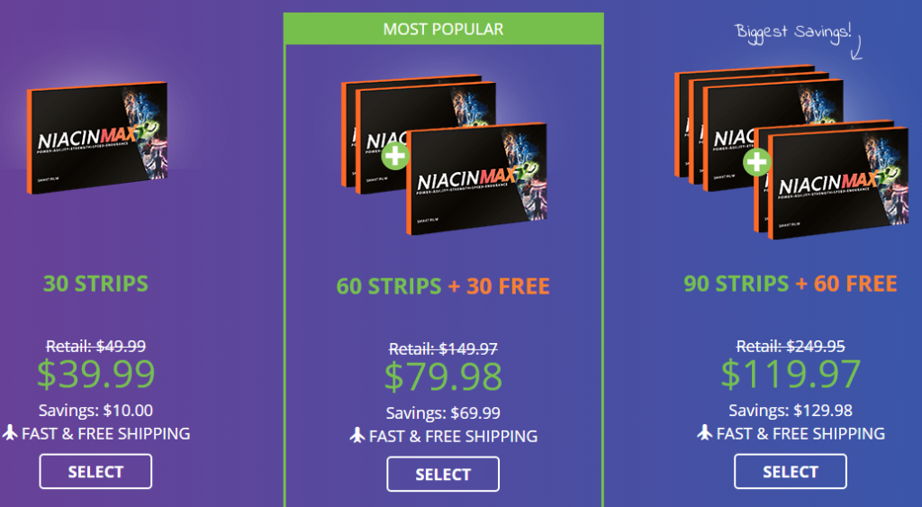